Public works plays a major role in the function and operation of city services, including repairing traffic lights and signs, updating and managing stormwater collection systems and ponds, and maintaining roads and parks.


The common areas serviced by Public Works include:


The City of Lake Stevens has adopted a Snow and Ice Plan, which is directed by a designated incident commander.  This plan establishes priority routes and policies used during a snow and ice event. See below for a map of priority areas as designated by how each road is highlighted.

Priority routes are based on street function, traffic volume, and importance to the welfare of the general community.  This route plan has 3 priority levels.  These priorities are established to help ensure that the city’s core arterial routes, needed for general circulation and emergency response, get priority attention.  If the City is able to clear and maintain priority routes, non-designated streets may be serviced. 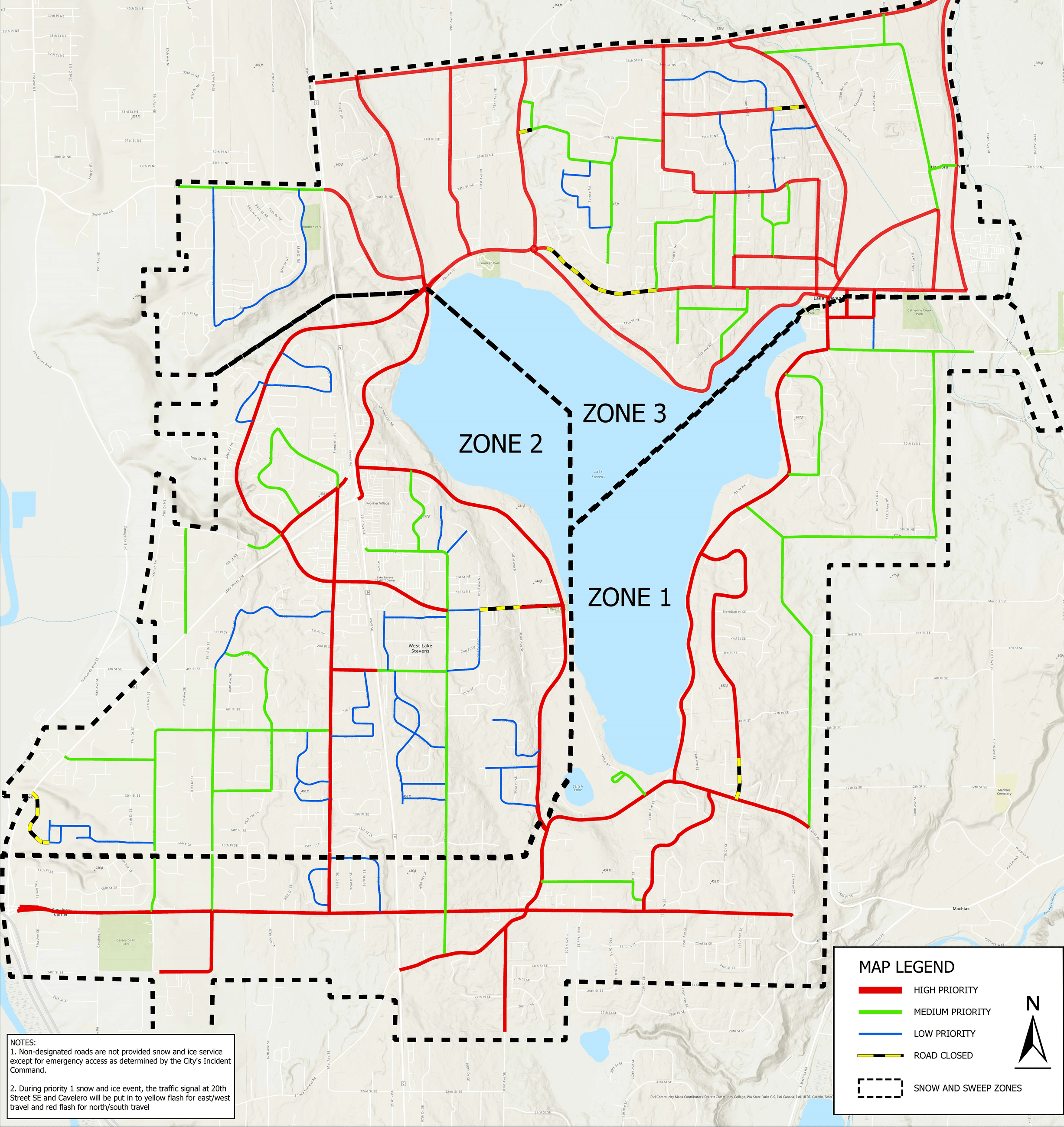